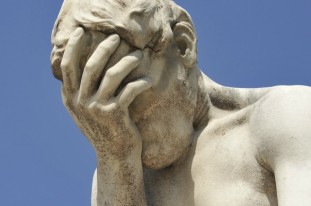 Wonder why little aid is flowing to Puerto Rico in spite of the most devastating hurricane in its history?

A USA Today/Suffolk University poll conducted in March found that fewer than half of Americans (47%) believe that Puerto Ricans are U.S. citizens by birth.  They are.

Probably the same dumbshit 30% that believes in creationism, denies human activity as the cause of current climate change, and approve of Trump.